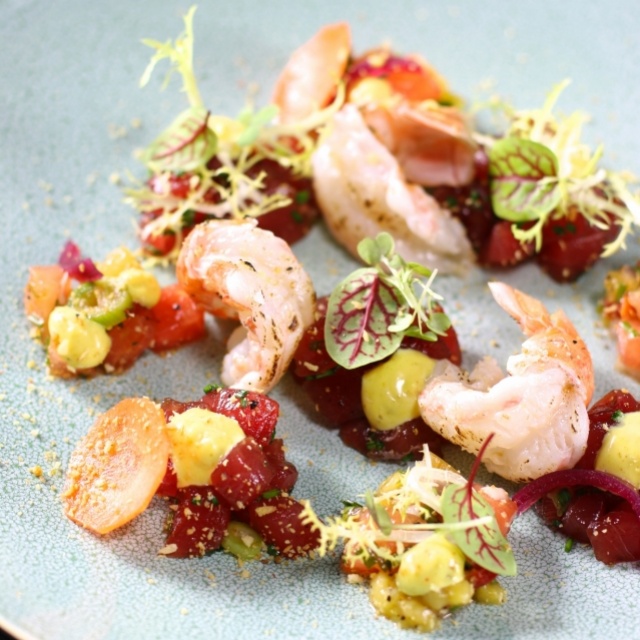 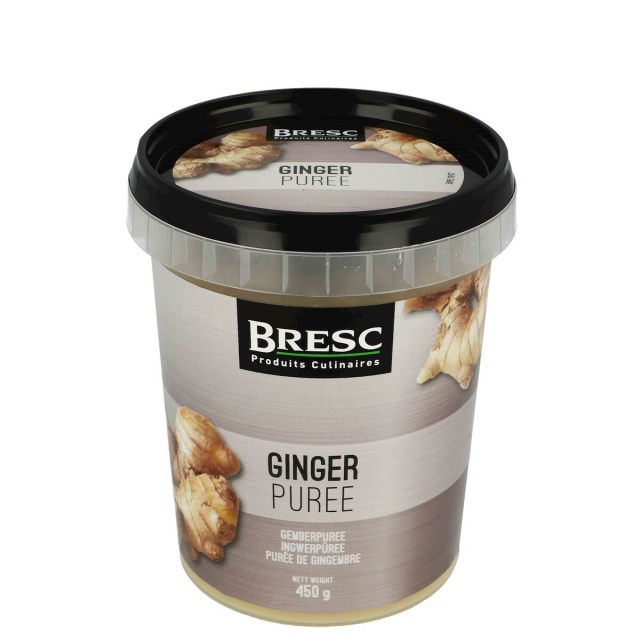 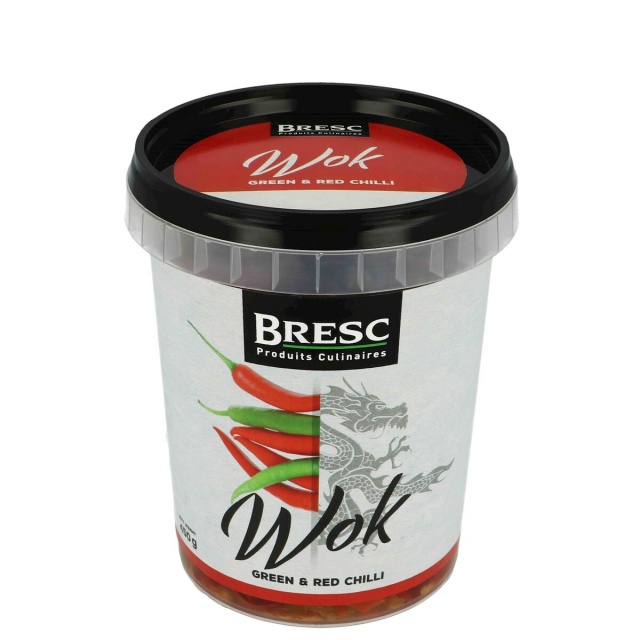 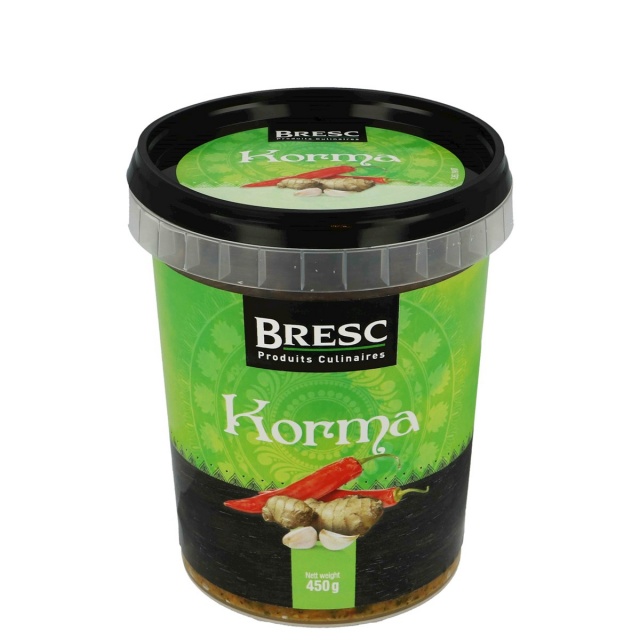 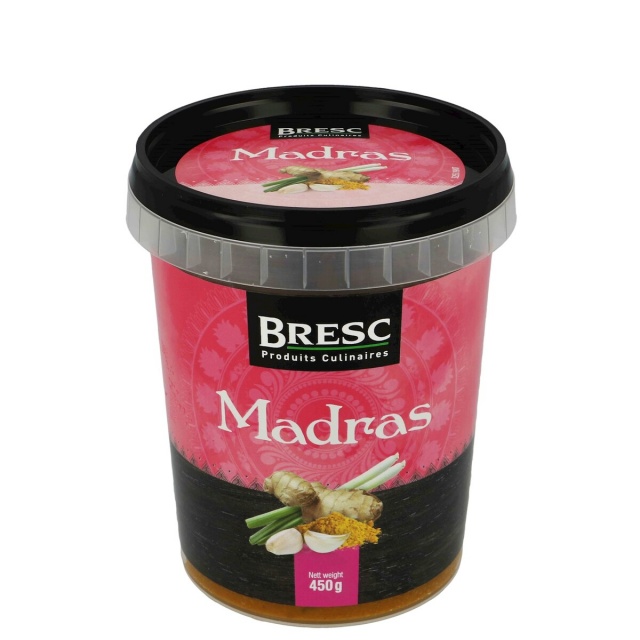 Puree the korma and mix it into the panko and grated coconut. Fry them until they are crisp on a medium heat in a dry pan. Cut the mango, watermelon, red onion and spring onion into small pieces. Mix them with the grated rind and juice of 1 lime and add the WOKchilli, sesame seeds and half the spices to the mixture. Season with salt and pepper.  Set a little drop of the oil from the chilli to one side for the langoustines. Puree the ginger puree, Madras and ginger syrup with the juice of half a lime and mayonnaise and season with pepper and fish sauce. Chop the tuna and mix in the chives, grated rind and juice of half a lime, soy and sufficient salt and pepper. Peel the langoustines but leave the tail part on, remove the intestine and make a slight cut into the meat. Spread a little of the red WOKchilli that you had side aside on them and the scorch them, but make sure they do not cook completely through. Season with salt and pepper. Plate up the dish with the langoustines, tartar and salsa. Garnish with the cress.

Subscribe to our newsletter to keep in touch with our products and recipes.